How Can the New Testament Church be Restored? 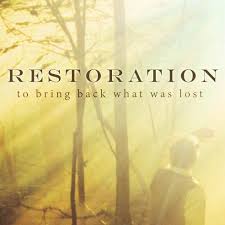 Webster defines the word “restore” as “to bring back to its original condition.”

Suppose you owned an old, run-down, dilapidated house. Say it was nearly 100 years old. Somehow you wanted to restore this old house to its original condition and beauty. Although you never saw it in its original state, from what is left you can visualize that it must have been very beautiful at one time.

If this were the case, how would you go about restoring this old house? Would you face it with limestone so that its weather-beaten wood shingles couldn’t be seen? Would you add several new rooms and possibly enlarge and redecorate the existing basement? If you did all this, you might possibly have a very beautiful house, but it would not be a RESTORATION of the original!

Surely the application here can be readily seen. If we take the church as we find it today, after nearly 2000 years of wear and tear, abuse and disuse, and try to reform it, we will never bring it back to its original simplicity and purity. Our efforts might result in a beautiful ritual and ceremony -that which the average individual thinks he wants in a church-but you would not have the original New Testament church!

On the other hand we can take this plan-book or “blueprint,” this verbal picture of the early church, and “restore” it to its original doctrines, ordinances, and faith. The desires and doctrines of men would be ignored; the Bible alone would furnish all the necessary details. If this were done, what would be the result? We would find ourselves face to face with the 1st century church alive and functioning within a 20th century society!
Restoring the New Testament Christian Church, in Practice

Admittedly, all of this sounds very fine, but can it be done? In actual practice is it possible to take this “blueprint” (the Bible) and restore the original New Testament church? Yes, it is! To prove this, let us examine several historical instances of where it happened.

During the period from 1794 through 1835, six separate groups were organized without any knowledge whatsoever of another’s existence. in all six cases, the purpose for organization by the groups was that they might restore the New Testament Church as it is found in the pages of God’s Word, the Bible. In every case they settled upon the name “Christian” for their members and “Christian Church” or “Church of Christ” for their congregations. Their baptism was by immersion for the remission of sins, and the Lord’s Supper was observed the first day of every week. All of this, let us reemphasize, came about without their knowledge of one another’s existence.

The first effort toward a Restoration of Christ’s Church began in 1794 under the leadership of James O’Kelly a Methodist minister from Virginia. Under his direction, several Methodist churches in that state took upon themselves the name of “Christian” only.

In 1801 Abner Jones, a Baptist from Vermont and New Hampshire, broke with the Baptist church and began an independent movement for the purpose of returning to the “old paths.”

In Connecticut in 1807, Elias Smith, another Baptist, led his congregation into the New Testament position. Later, in 1812, he and Abner Jones joined their efforts and went on to establish congregations each calling themselves simply “Christians.”

While these events were taking place in the East, out in the hills of Kentucky a Presbyterian minister named Barton W. Stone was leaving the Cumberland Presbytery with his entire congregation. In doing so, this group formed what became the Cane Ridge Christian Church. In the book Attitudes and Consequences, Homer Hailey writes: “These people were calling themselves `Christians,’ rejecting human creeds and party names, appealing only to the Bible for their guidance in faith and conduct.”

About this time, Alexander and Thomas Campbell- a father and son-both Presbyterian ministers from Pennsylvania, broke from their denominational background and began organizing Christian Churches throughout that state. By 1832 the Campbell group, which by that time far outnumbered that of Stone, united with Stone’s Kentucky churches to form the largest and fastest growing religious organization of that time. Again, let it be noted that their union was based upon their identical belief in the need and possibility of restoring the New Testament Church.

The sixth group to enter this growing stream was that of the Scotch Baptists of New York. Although not as large as the others, this group also left denominational ties and sought out others holding the same New ‘Testament position.

Here then are groups from Virginia, Vermont, New Hampshire, Connecticut, Kentucky, Pennsylvania, and New York. Their leaders came from Methodist, Baptist, Presbyterian, and Scotch Baptist backgrounds Yet all of them could unite, though completely independent of each other in their origin and development, because they agreed upon the need for a restoration of the New Testament church.

About 1860, a sizeable group of Russian Orthodox from the area of Northern Russia broke with that church and set out to restore the primitive New Testament church. They called themselves “Evangelical Christian-.” For over 60 years they grew until they numbered over two million believers in Russia, Poland, and other Slavic nations.

In the year 1918 they chanced upon a copy of the Christian Standard. Surprised to find it advocating the same position as theirs, they subscribed to the publication for over a year. By that time they were convinced that the Christian Churches and Churches of Christ in America were identical to themselves. Thus, in 1920, they sent a delegation to America and after a series of discussions were happy to join forces for a common goal.

Here then were more than two million New Testament Christians arriving at an identical position, though separated by thousands of miles from any one else believing the same things How was this possible? They had one thing in common-a desire to restore the New Testament church using the Bible alone as their source of faith and practice.

A third incident of an indigenous Restoration Movement occurred in more recent years in the form of the “Universal Christian Church” of Ghana, on the continent of Africa.

Early in December of 1961 some Christians in Wichita, Kansas, received a letter from a young man in Shama, Ghana, asking for a copy of the Bible. The Bible was sent and soon they were flooded with such requests Learning of this, the Ark Valley Christian Church of Wichita took upon itself to furnish these Bibles as a missionary project.

In May of 1963 one of those who had received a Bible wrote the Ark Valley congregation to inform them that he had begun preaching the simple New Testament gospel and that many were ready to be baptized. In August of that year Max Ward Randall, missionary to Zambia, and Cyril Simkins, professor at Johnson Bible College, went to Ghana and to their surprise were met by hundreds of Christians. While in Ghana, these two men held a number of preaching services and baptized several.

In February of 1964 Max Ward Randall, with his wife Gladys, preached in seven cites of Ghana. Thousands heard them. Over one hundred more were obedient to the faith.

How did all of this come about? How were these people taught? They had available the Word of God and they were prayerfully searching and studying its pages. They read, believed, and so far as they could understand, did as they were commanded of the Lord.

The “Bible only” makes “Christians only.” This is true not only in the formation of large groups but also as related to isolated individuals or separate congregations. Several such instances have been found in the South American country of Chile.

In 1962 a congregation calling itself the Christian Church was found in the northern desert town of Vallenar. Without fanfare or publicity it had been quietly practicing the local autonomy of New Testament Christianity for several years under the leadership of a retired employee of the National Airlines of Chile.

In 1963 a group of three churches and several preaching points in southern Chile were providentially brought into contact with Bertrand Smith, a missionary who had labored for fourteen years in Chile. This group of congregations, calling themselves the Evangelical Church of Christ, had withdrawn from a Chilean Pentecostal denomination in an effort to return to the practices and precepts found in the New Testament. Though retaining much of the heartfelt emotional expression of their Pentecostal background, they had turned back toward the New Testament ideal in ordinances and congregational practice well before contact with any missionaries from the United States.

In 1966 another group of three churches was found in the islands off the southern coast of Chile. This area of few roads is nearly inaccessible, and most of the people are illiterate. These congregations had been established by a farmer of German ancestry, Ivar Fohman. They simply considered themselves “the church” and had never seen a need to take an identifying name. They practiced the ordinances as described in the New Testament and were very conscious of their local self-government. After functioning many years under Brother Fohman’s leadership, because of his failing health they set out to contact someone who shared their beliefs to assist them. They rejected several denominational offers either because of differences in doctrines or for fear of losing their self-government. Finally they were providentially guided to Bertrand Smith, and other missionaries in the country, who shared their essential concepts of New Testament doctrine and practice.

These isolated examples further serve to il-lustrate that wherever men accept only the teachings of the Bible, it can only make them Christians! God alone knows how many more individuals and congregations will someday be found following the same, simple, New Testament pattern.